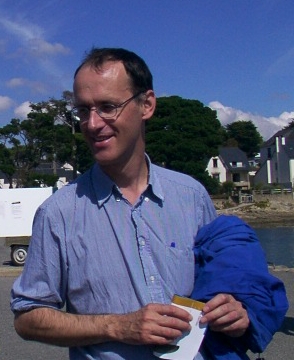 Fokko du Cloux was born on 20 December, 1954 and died on 10 November, 2006. Fokko du Cloux was a mathematician and computer scientist who worked on the Atlas of Lie groups and representations until his death. One of the founding members of the project, he was responsible for building the Atlas software which was instrumental in the mapping of the E8 Lie Group. The Project successfully managed to map the structure of the E8 group in 2007. Fokko du Cloux was diagnosed with Amyotrophic lateral sclerosis (ALS) in 2005, but he continued to actively participate in the project until his death.

ALS is one of the most common neuromuscular diseases worldwide, and people of all races and ethnic backgrounds are affected.

Between 1 to 2 people per 100,000 develop ALS each year. ALS most commonly strikes people between 40 and 60 years of age, but younger and older people can also develop the disease.

Scientists have not found a definitive cause for ALS and the onset of the disease can be linked to a variety of risk factors. It is believed that one or more of the following factors are responsible for the majority of ALS cases. Researchers suspect a virus, exposure to neurotoxins or heavy metals, DNA defects, immune system abnormalities, and enzyme abnormalities as the leading causes of the disease.

The onset of ALS may be so subtle that the symptoms are frequently overlooked. The earliest symptoms may include twitching, cramping, or stiffness of muscles; muscle weakness affecting an arm or a leg, and/or slurred and nasal speech.